Hit enter to search or ESC to close
Health 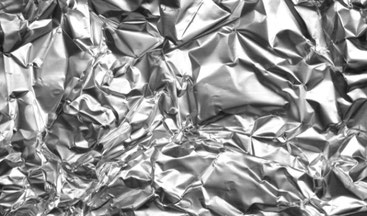 Become intrigued by the research and explanation of prof. Exley nowadays I have trouble turning on Netflix, my mission is to inform the Netherlands about this research so that people can make the choice themselves whether they want to include ACILIS by SPRITZER ® in their daily diet to help their bodies with aluminum removal and the production of new ones. cells.Little people who know this so take advantage of it and share it if you want with others.

We extract aluminum from the ground, it is the third most found component of the earth’s crust. Composition of the crust, the three elements that are most common in our crust Oxygen 46.6,%, Silicon 27.7% and… ……. Aluminum 8.1%
Aluminum has only been extracted from the earth since about 140 years ago and used as mineral salts and metal, since that time Aluminum has been the most versatile chemical compound that exists. you everywhere nowadays.

Aluminum and its forms.

Aluminum (atomic number 13, symbol A1)
Density 2.9 g / m³ and a melting point of 660.04 ° C.
Virtually insoluble in water except in the forms Aluminum sulfate and Aluminum chloride.

Inside the body it is in an unresolved form that makes it difficult to secrete and remains in different places in our body, Professor Exley dares to claim that we are now experiencing a load of aluminum in every cell of our body.

His research has shown that drinking Silica-rich water with a high concentration of Silica (usually indicated on bottles with SIO2) can bind with Aluminum and form the composition HydroxyAluminoSilcate so that the molecules with the Aluminum can better leave the body via the kidneys and urine , also the separation of perspiration will therefore contain more Aluminum.

How do we get that and what is it in?
* In Nutrition.
Consider: packaging, foil, pans, cans, cutlery well everything is actually added, even in our food and drinking water.

*In the air.
We breathe it in and above our small country hangs a large blanket of, among other things, aircraft excretion.

* In Medications.
It is a fantastic and inexpensive substance to use because it can be used for various reactions such as masking the PH value of a certain medicine so that it is accepted by the body.

* In Deo / make up / care products.
Just look at the packaging …. in Deo it is used to close the sweat gland, they say, they do not say that the function is actually inhibiting (inhibiting permeability) of the cell membrane of the sweat gland, otherwise Deo must be registered as a medicine. Do you already get a bit of it?

* In vaccinations.
Aluminum salts (chloride) are used to elicit the right inflammatory response, they say that this is conducive to warding off the disease gene at a later stage, which is logical because you scare the body so much that it has everything in it at that moment. find is dangerous, (allergies?) Aluminum cannot leave our body and is a huge dose directly in our blood, allowing it to be transported everywhere by our cleaners of the immune system (including to the brain). These carrier cells will die and release their load of Aluminum, which causes a new inflammatory reaction at the place where it is currently located.

In the last 50 years, the number of Alzheimer’s deaths has increased more than 500% for no reason, how long have we been vaccinating, when will we see it?

*The science.
It has already gone so far that they cannot go back. Exley’s research is not contradicted, but it is also very difficult to fund, whether this is a scientific decision or not.

In the meantime, more and more articles are being published about the truth behind the use of Aluminum. The people who should do the research hide behind a report that Aluminum cannot be harmful to humans because if you work in the aluminum industry you have no increased risk of Alzheimer’s. This research dates from 1988!

But I will come back to that in a subsequent blog Alzheimer’s Netherlands.

The connection is as clear as a lump to me, the increased use of aluminum in the world is reflected in the increase in global neurological disorders at different ages and many studies have shown the connection for years.

It is crazy to say that research shows that Aluminum is very bad for humans, but that the authorities are not conducting a thorough investigation based on toxicological reports from 30 years ago.